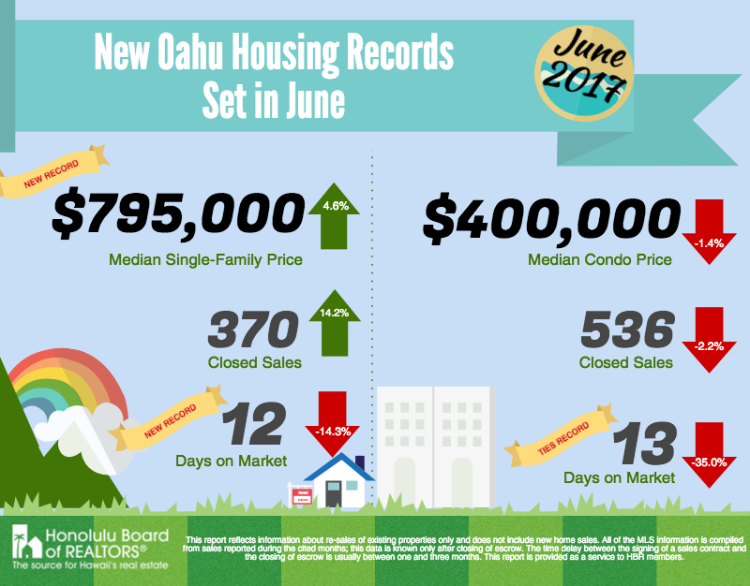 The median price for single-family houses on Oahu reached an all-time high in June, according to resales figures released today by the Honolulu Board of REALTORS®. The analysis conducted by the Board, using data collected from its computerized Multiple Listing Service (MLS) system, offered the following statistics: 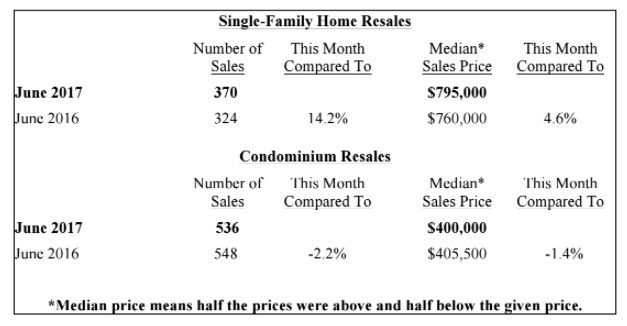 In June 2017, the number of single-family houses sold increased by 14.2 percent while condominium sales decreased slightly by 2.2 percent compared to June 2016. The median price for single-family houses was $795,000, a 4.6 percent increase from the same period last year, which was the previous record at $760,000. The median price for condos decreased by 1.4 percent to $400,000. The Days on Market for single-family houses also set a new record with sales closing at an average of 12 days, down from 14 days in June 2016. Sales of condos closed at 13 days on the market, tying with the previous record of 13 days on market set in July 2005.

(This report reflects information about resales of existing properties only and does not include new home sales. All of the MLS information is compiled from sales reported during the cited months; this data is known only after closing of escrow. The time delay between the signing of a sales contract and the closing of escrow is usually between one and three months.)