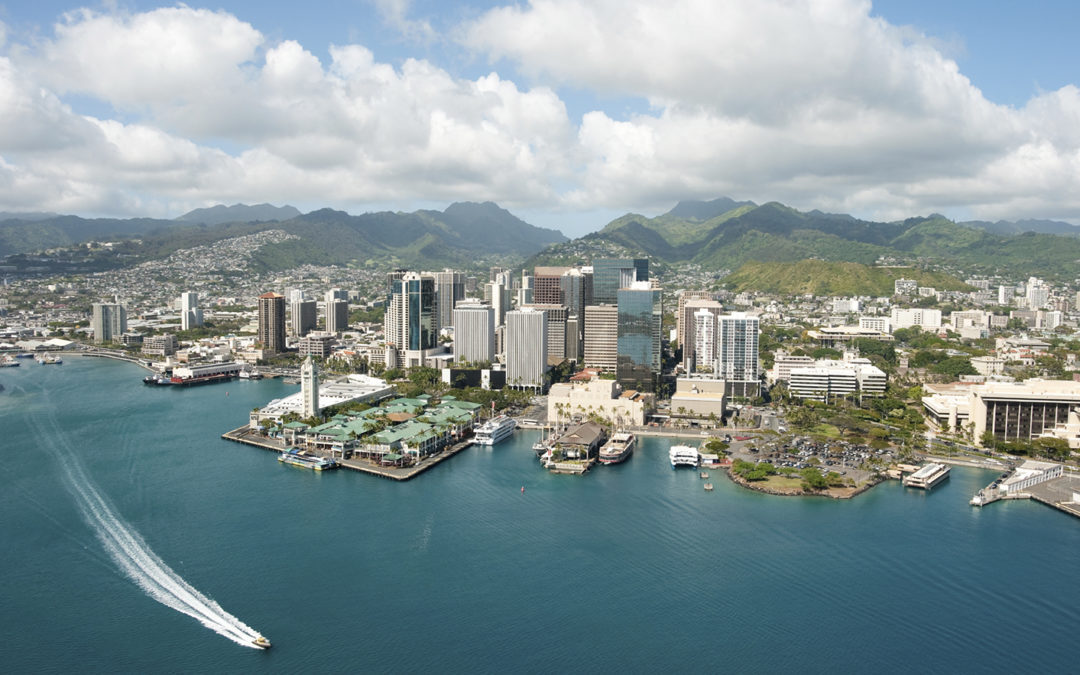 Oahu housing prices hit a record high in 2015, hitting the $700,000 mark for the first time (annual, median) for single-family homes. The local market’s stability has received high marks from Freddie Mac and conditions are expected to remain strong in 2016.

“Throughout the year, we have experienced consistent increases in unit sales and sales prices when comparing them year-over-year,” says Kalama Kim, principal broker at Coldwell Banker Pacific Properties. “A good barometer for our market is also the months of inventory remaining (MRI). This measures how long it would take to sell the current inventory on the market at the current velocity of sales. The Oahu market has hovered between 2 and 3 months for a very long time, that number is a nice balance between supply and demand.”

Honolulu Named One of the Healthiest Housing Markets

Additionally, Freddie Mac recently named Honolulu one of the healthiest housing markets in the country. Freddie Mac’s Multi-Indicator Market Index pulls together data from a variety of sources in order to gauge whether local, state and national markets are healthy and stable and “consistent with that market’s long-term normal activity.”

“We do expect homebuyer affordability to decrease in the coming year, but we don’t expect tighter monetary policy to generate a spike in long-term interest rates in the foreseeable future,” Kiefer says. “Combined with stronger job and income growth, the net result may be strong growth in household formation, construction, and home sales.”

Kim agrees. “What will influence our local market most in 2016: Mortgage interest rates, a slow increase of inventory for sale, and new development in certain regions.”

Sales of Single Family Homes and Condos on Oahu, December 2015 | Source: Honolulu Board of REALTORS®, compiled from MLS data

The number of sales successfully closed in December was up significantly in both the single-family and condo segments. There were 424 condos that closed last month — up 8.7% from December 2014. And 297 single-family homes closed, a 4.6% increase from last year’s number of 284.

Driving those numbers is a strong cross-section of buyers in every price range. According to Kim, “Oahu still has a diverse mix of homebuyers. First-time homebuyers and military personnel moving to the islands have been purchasing on the west side of the island; local buyers who are looking to right-size have been purchasing in the metro-Honolulu area; and investors are active all across the island.”

With strong long-term market conditions it doesn’t make sense to wait for prices to come down, especially as mortgage rates creep up. But some may be hesitant to jump into homeownership now. Perhaps this is because the median household income on Oahu is not always enough to buy a median priced home here. The same is true, by the way, for San Francisco. According to 2013 data gathered from the Bureau of Labor Statistics and reported recently, the median home price in San Francisco then was $742,900, and required a minimum salary of $142,448.33 to qualify for a 30-year loan (based on prevailing interest rates of approximately 4%). The median household income, however, was $79,624.

The same was also true for San Diego, Los Angeles, New York City, Boston, Seattle, and Portland, Oregon — the median household income was not sufficient to purchase the median sale priced home. Hawaii is not the only place where the cost of buying a home exceeds many incomes.

However, if you were to ask folks who currently own $700,000-plus homes on Oahu if they could afford to buy them today, you’d probably find that most of them could not. And more importantly, for most million-dollar homeowners, that million-dollar house was probably not their first home purchase. Yet, years ago, they figured out how much house they could afford and they bought that.

Most people buying the $700,000-plus homes are move-up buyers — they have something to sell, and use the equity as their down payment, thus amount of required financing is reduced, making that $700,000 purchase more affordable.

Here’s the takeaway: Based on your current income, how much house can you afford to buy? Figure that out and then buy it! Get into the game and start gaining equity. When the MSP at some point goes over a million, you’ll be glad you did.

The neighborhoods earning a mention as a Hot Market have consistently reported sellers who have received 100% or more of their original price.

Source: Honolulu Board of REALTORS® , compiled from MLS data as of November 2015.